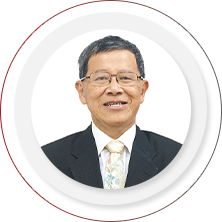 Mr Lim Ming Seong was appointed as Non-Executive and Independent Director of CSE Global Limited on 17 January 1997 and has been the Board Chairman since then. His date of last re-election as a director is 20 April 2021.

He was also the Board Chairman of First Resources Limited and a Director of Starhub Limited but has since stepped down from these two companies in 2021.

He held various senior positions within the Singapore Technologies (ST) Group from 1986 to 2002, where he left as Group Director. Prior to joining the ST Group, Mr Lim served as the Deputy Secretary with the Ministry of Defence, Singapore.

Mr Lim holds a Bachelor of Applied Science (Honours) with a major in Mechanical Engineering from the University of Toronto and a Diploma in Business Administration from the former University of Singapore.

He has participated in the Advanced Management Programmes conducted by INSEAD and the Harvard Business School. 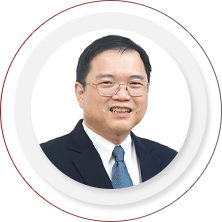 Mr Lim Boon Kheng is the Group Managing Director/Chief Executive Officer of CSE Global Limited, was appointed as an Executive Director on 13 August 2013. His date of last re-election as a director is 18 April 2019.

Mr Lim Boon Kheng joined CSE Global Limited in 1999 as the Group Financial Controller. Prior to that, Mr Lim began his career in 1990 as an accountant with ULC Systems (FE) Pte Ltd. He then joined Singapore Technologies Pte Ltd in 1991 as an accountant and was promoted to various positions in the organisation. He is concurrently the Managing Director of CSE Global (Asia) Pte Ltd.

Mr Lim holds a Bachelor of Accountancy from the National University of Singapore. 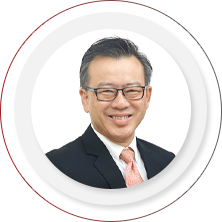 Mr Sin Boon Ann was appointed as an Independent Director of the Company on 13 May 2002. His date of last re-election as a director is 20 April 2021.

Mr Sin joined Drew & Napier LLC in 1992. He was the Deputy Managing Director of Drew & Napier's Corporate and Finance Department and the Co-head of the Capital Markets Practice before he retired to be a consultant with the firm in March 2018.

Prior to joining Drew & Napier LLC, Mr Sin taught at the Faculty of Law of National University of Singapore from 1987 to 1992. Mr Sin was a Member of Parliament for Tampines Group Representation Constituency (GRC) from 1996 to 2011. 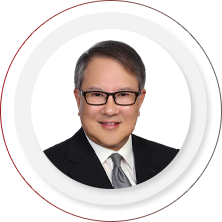 Mr Tan Chian Khong was appointed as a Non-Executive and Independent Director of the Company on 19 February 2019. His date of last re-election as a director is 18 April 2019.

Mr Tan has approximately 35 years of experience in the audit industry in Singapore. He joined Ernst & Young LLP (then known as Turquands Ernst & Whinney) in 1981 and was a partner for 20 years until his retirement in June 2016. 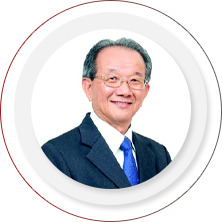 Dr Lee Kong Ting was appointed as an Independent Director of the Company on 1 February 2017. His date of last re-election as a director is 27 May 2020.

Dr Lee has been very active in the Process & Control industries for more than 40 years. He served 2 global companies in his working career during this period. He first served 23 years in The Foxboro Company USA, now is a Schneider Electric Company.

The last position he held was Group President/Managing Director for Asia Pacific and he was in that position for 10 years. Subsequently, he joined Yokogawa as Group President/MD for Asia Pacific and was then promoted to President & CEO of Yokogawa Electric International in charge of Global business outside Japan. In the same period, he was a Vice President and a Board Member of Management Board of Yokogawa Electric Corporation Japan. He was Chairman/Director of all Yokogawa Regional Headquarters globally including Europe, Americas, China, Russia, Australia and Asia Pacific during the same period. The last position he held was Consultant/Advisor for the Yokogawa Corporate Headquarters, and he was with Yokogawa for almost 20 years.

Dr Lee graduated from the National Taiwan University with a Bachelor of Science in Electrical and Electronic Engineering, and subsequently from the University of Bradford in the United Kingdom with a Master of Science and a PhD, both in Control Engineering. He was a Chartered Engineer and Member of the Institute of Electrical Engineers in the United Kingdom.

Ms Ng Shin Ein was appointed to the Board in 1 July 2020 and was last re-elected as a Director in 20 April 2021. She brings with her a blend of legal, business and diplomatic experience.

Ms Ng is a legally trained private equity entrepreneur and co-founder of Gryphus Capital, a pan-Asian private equity firm. Prior to this, Ms Ng spent a number of years at the Singapore Exchange where she was responsible for developing Singapore's capital market and bringing foreign companies to list in Singapore. Additionally, she was part of the Singapore Exchange's IPO Approval Committee, where she contributed industry perspectives and acted as a conduit between the market and regulators.

Ms Ng Shin Ein was admitted as an advocate and solicitor of the Singapore Supreme Court in 1998 and practiced as a corporate lawyer in Messrs Lee & Lee. Whilst at Messrs Lee & Lee, she advised clients on joint ventures, mergers and acquisitions and fundraisings.

Ms Ng has served on boards of companies listed on Nasdaq, the Singapore Exchange and the Australian Stock Exchange. She has steered some of these companies through their IPOs and seen others through their privatisations. She presently serves on the boards of Grab Holdings Inc, Starhub Limited, Avarga Limited and Singapore Land Limited. She is also on the Board of Governors of the Singapore International Foundation.

In 2015, Ms Ng was awarded the Friend of Labour award for her service as a board member of Fairprice.

Apart from corporate boards, Ms Ng serves as Singapore's Non Resident Ambassador to the Republic of Hungary. In 2021, Ms Ng was awarded the Commander's Cross, Order of Merit, the second highest civilian state award of Hungary.

Ms Ng holds a Degree in Law (LLB Honours) from the Queen Mary and Westfield College of the University of London. She also holds a Postgraduate Diploma in Singapore Law from the National University of Singapore. 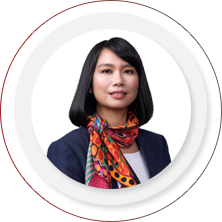 Ms Wong Su-Yen was appointed as Non-Executive and Independent Director of the Company on 1 July 2020 and was last re-elected as a Director on 20 April 2021.

Ms Wong has served on the Board of several public, private, and not for- profit organisations in Australia, India, Indonesia, Myanmar, Singapore and the United States. She is the Chairman of Nera Telecommunications Ltd and also serves on the board of Yoma Strategic Holdings Ltd, First Resources Ltd, NTUC First Campus and CPA Australia.

Previously, Ms Wong was the CEO of the Human Capital Leadership Institute, and prior to that, she was Chairman (Singapore) for Marsh & McLennan Companies and Senior Partner and Managing Director, Southeast Asia at Mercer. Before joining Mercer, she held various roles in leading strategy consulting firm, Oliver Wyman, and was the Asia Managing Partner for the Communications, Information and Entertainment practice. 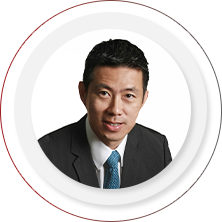 Mr Derek Lau was appointed as Non-Executive and Non-Independent Director of the Company on 22 July 2020 and was last re-elected as a Director on 20 April 2021.

Mr Derek Lau Tiong Seng joined Heliconia as CEO and Board member in April 2013. Prior to that, he was the Managing Director, Investment, with Temasek Holdings. In his 10 years tenor with Temasek, he headed the Industrials Cluster and also served as country head in Vietnam looking after investments in Vietnam, Myanmar, Cambodia and Laos.

Mr Lau has more than a decade of experience in investment banking before joining Temasek. He specialised in mezzanine debt, project finance, leveraged buyout and private equity investments.

He is currently a member of the Listings Advisory Committee of Singapore Exchange Limited (SGX) and a member of ISEAS-Yusof Ishak Institute's Board of Trustees.

Mr Lau holds a Bachelor's degree in Business Administration from the National University of Singapore.